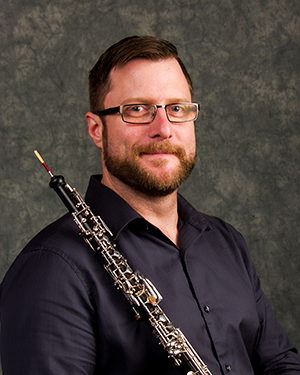 Michael Clardy, LR Winds English horn and oboist since 2005, has been around music and musicians all his life and by the eighth grade he decided he, too, would pursue music as a career. He participated in school concert bands, community youth orchestras, and summer music programs throughout Texas and spent the summers at the Boston University Tanglewood Institute. He attended the University of Texas at Austin as a music major, later transferring to Southern Methodist University, where he earned a Bachelor of Arts in Music.

Clardy received an MBA from UALR where he also was Adjunct Professor of Music for oboe. Clardy was a student of oboists Larry Mueller, Mark Ackerman, John Snow, and Eric Barr.